Being Trans in the UK

"It is a curious thing, to realise and accept that you aren’t who you thought you were".   Read Lib Dem member Jasmine Joséphine Sakura-Rose's very personal story on the simple dignity of being accepted for who we are.

Despite how the media likes to portray it there’s no one story that describes what it is to realise and accept that you are trans or non-binary. For myself it was an entire series of events and realisations in my life that I ran from and hid until in the end I couldn’t hide anymore. And when I could no longer hide what I was running from I found myself facing – well, myself

One of the things I hear—one many trans or non-binary people hear—is that I’m brave for being who I am. In truth it isn’t bravery or at least not for me. I am me because it was killing me not to be. In my own life the only thing I see that could be courageous about being myself is that I’m out. 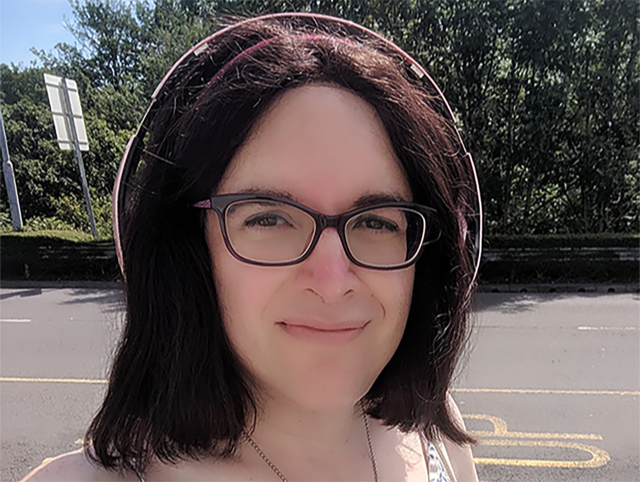 I am not ashamed to be out

But I am afraid to be out

To be trans or non-binary in the UK is to face a constant barrage of people demanding that I mustn’t be allowed the simple dignity of saying who I am and having that accepted, instead demanding that who I am can and must only be what I’m told I’m allowed to be

To be trans or non-binary in the UK is to face an ever increasing number of people who seem to think that it’s perfectly acceptable for them to define my existence for me, but that my quiet insistence on pointing out that it is not for them to have any say in who I am is somehow hostile or rude

“Oh, but what if men pretend to be trans to attack women?”

Men don’t pretend to be women to attack women. This is a reality that all too many of us know through bitter first hand experience. But claiming that men might? It’s to create the impression that trans or women aren’t women. It’s to try and portray women like myself as dangerous predators in disguise. And when this is pointed out? It is met with wild claims that just because it doesn’t happen—and hasn’t happened even though trans people have been able to self-identify in almost all areas of life for decades—it might suddenly start happening now

Because at the end of the day it is the case that all too often those who claim “reasonable concerns” are just trying to disguise their transphobia in a veneer of respectability by proclaiming “won’t somebody think of the women and children!”

“Oh, but anybody can say they’re trans or non-binary”

And? To be trans or non-binary and out is to face hostility and prejudice, as well as the very real risk of harm. There is no gain in pretending to be trans or non-binary, unless the elevated risk of being ostracised from your family, losing friends, being made unemployed or finding yourself homeless is somehow considered to be a benefit

But of course this isn’t the real reason that the “Reasonable Concerns” crowd have for claiming that anyone can say they’re trans or non-binary. They’re desperate to pathologise trans or non-binary people as medical anomalies—disorders to be pitied or cured; delusional abnormalities that mustn’t be pandered to; not people to be believed, accepted and respected for who we are—and even worse, to try and claim that there are only a tiny handful of “true trans” people; that all the rest are pretending and must be doing so either out of some entirely fictitious and spurious claims of “social contagion” or for sinister purposes

In what way? As a woman I know for a fact that the hard fought and only recently gained rights trans people have do not infringe in any way on my rights as a woman. Being a trans woman doesn’t give me any more rights than any other woman. But the rights I have as a trans person means that I can’t be denied access to services or be discriminated against in employment simply for being trans. The rights trans people have has slowly began to put us on a level playing field with our cisgender peers. My rights as a trans woman does not and has not infringed on my rights as a woman, nor do they infringe on the rights of any cis woman

I joined the Liberal Democrats for many reasons. At my core I’m liberal. I passionately believe in the necessity of allowing and respecting autonomy, whether that is personal, bodily, or medical autonomy because I know first hand what it is to have all of those stripped away from you—the harm, distress, and hurt it causes and how it leads to despair, self-harm, and even suicide

I reject the idea that it is fair for people to live in ignorance, or must be forced to live in conformity; and that includes opposing the idea that people like myself must be forced to live as a man—be forced to have ‘Male’ stamped across all my official documentation—for no other reason than that was the box that was ticked at my birth. A box ticked with no regard to who I truly am. An act that precluded my ability to exercise my autonomy in defining who I truly am. An act that’s taken years of my life to undo. An act that could easily be simplified and sped up through simple and, despite all the hyperbolic claims of transphobes pretending to respectability, uncontroversial changes that would allow every trans or non-binary person the true freedom and autonomy to declare who they are and have it recognised with dignity and respect

I put myself forward as a candidate for the Liberal Democrats in the 2019 General Election because those are issues I believe in passionately not just for myself but for all trans or non-binary people from every walk in life. And when I stood aside as a candidate as part of the Remain alliance it was with one simple request; that the voice I would use to fight for that which is bare, simple decency was not lost or silenced but instead picked up, carried forward, and amplified by others. And because we’re Liberal Democrats this is what happened

Because to be a Liberal Democrat is to be a person who understands to the core that the right to free speech is one that is always exercised in tandem with the harm principle; that choosing to speak as a member of a political party on issues that affect others is often make the choice between choosing to lift up the most marginalised people in society or to seek to use your voice to seek to demonise, demoralise, and further marginalise those people

It is to understand that to stand and speak as a Liberal Democrat on issues that directly affect trans or non-binary people is to do so with the understanding that there is a responsibility to raise and reflect the voices of all trans or non-binary people who are all too often ignored by a society that does not get to hear our voices and worse, are being taught once more to fear us

But for as long as I am able I will not be forced into silence. I will speak up for myself. And I will speak up for all those trans or non-binary voices that cannot be heard, either because they are ignored or have been so repeatedly targeted for harassment they cannot openly speak for fear of having to live through that hell again

And I do so for one simple reason:

I am a woman

I am all of those things because I simply am