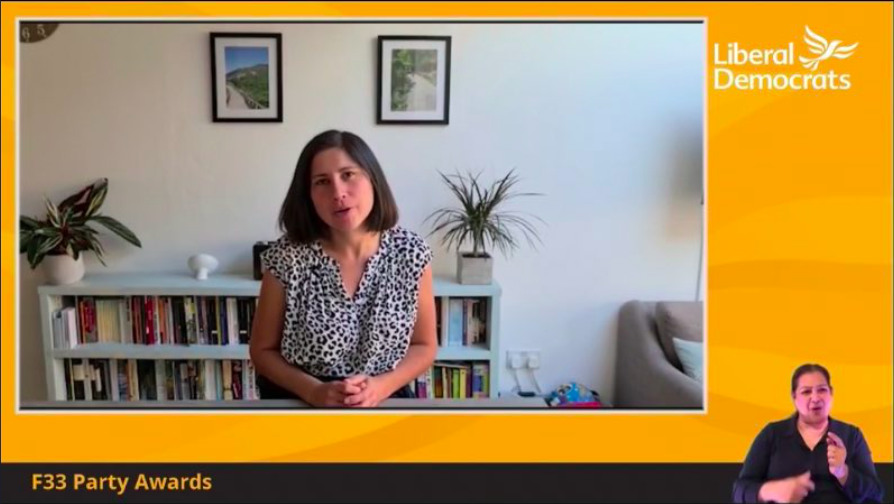 Southwark councillor Anood Al-Samerai has been honoured with this year's Patsy Calton Award for her exceptional contribution to the Liberal Democrats.

First elected 13 years ago, Anood has been an inspiration in her local party, London and beyond. She led the Liberal Democrat group on Southwark council for a decade until standing down as opposition group leader this summer. She also ran Simon Hughes' office for eight years.

Anood has worked tirelessly to build both the Southwark party and the wider Liberal Democrat party, and has also focussed on and nurtured women and minorities to stand for election at all levels across the country.

She is also a determined local representative, standing up to Labour, saving youth services and developing ideas and policies which the Labour-run council cannot ignore.

Isabelle said: "There are many brilliant women in our Party and the competition for The Patsy Calton Award was very tough this year.

"First of all, I want to recognise those nominees who were not selected for the Award, but are also so deserving of recognition - we are grateful to all of you for your service to our Party.

"Alongside the Lib Dem Women Executive, I send my congratulations to the eventual winner, Anood Al Samerai.

"Her dedication, passion and resilience were well evidenced by her numerous nominees. They provided example after example of her exceptional achievements for her constituents and the underprivileged in society as well as her impact as a catalyst for change in a number of spheres.

"Thank you for your great work Anood!"

Awardees may be Liberal Democrat councillors, party members or Parliamentarians, who have achieved more for their constituents, the underprivileged in society, perhaps even taken on government and changed things for the better.

Look out for the award nominations next year for your chance to honour another outstanding woman Liberal Democrat.